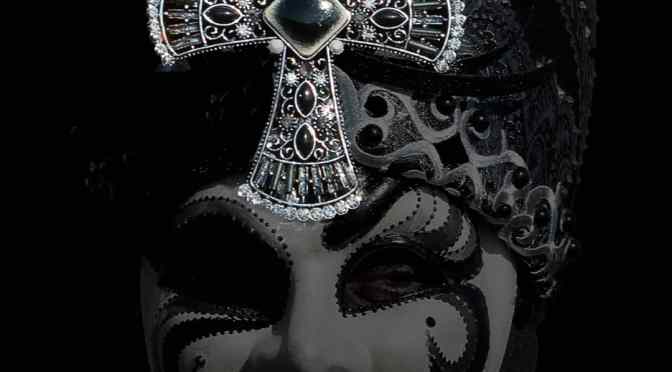 This is a revealing article and is a problem that decrees selection not on the basis of real capability and intelligence. Real capability and value added more often than enough comes from the fight to the top commencing in the environment of birth. It is one of the reasons why so many difficulties exist in the political arena. A good university and a sense of entitlement does not necessarily make for a good leader in fact it can be the worst combination. It is a country’s great loss if it doesn’t drill down into its population to find the leaders of the future based on intellegence and understanding. Just because a person can spell in latin is not a guide to intellegence depth of perception and understanding. Such a social restriction is not a method for selecting the strong in fact it can be the opposite!

Trump’s tax deal has increased corporate profit margins but not perculated down to wage increases. Somerset Capital Jacob Rees-Mogg’s company has relocated to Dublin this could change with no deal Brexit and cheap fund management domicile in the UK. Luxembourg, Liechtenstein, Channel Islands, Isle of Man and to a degree British dominions Bermuda and Cayman Islands have already been pressurised out of the offshore business mainly by EU legislation.

Immigration has always been a Red Herring. This is a game of deregulation a game the EU has been combating.

This direction will increase a governments concentration on London the North of the UK will continue to suffer from low investment especially with reductions in industry such as cars. You have already seen where British steel is going. Farage, Johnson and Gove are extremely dangerous and financially motivated much of this is about securing for the rich the London driven financial services industry a necessary industry but not at the expense of the country.

The US has been securing the control of the global banking system for sometime now. The big blocks China and the EU to a lesser degree Russia will be able stand up to any US pressure. Britain will be exposed both financially and trade.

Like Loading...
We blame Islam and migration for all our problems while overlooking Battle of Towton war of Roses 28,000 men hacked to death on one day more than the first day of the Somme 19 000 first day, WW1, WWII, Bosnia, Crimea, 100 years’ war, massacre at Ayyadieh, murder of the Aborigines in Australia right up to 1960s, Australia is still recovering from a white Australia policy that was far stricter than South Africa’s,attempted destruction of the Maoris New Zealand, Spanish civil war, Greek civil war, invasions of Africa India, Inquisition, white supremacy main proponents of terror in the US, mass killing of bison in US in order to wipe-out the Red Indian, Chechnya, Korean War.

Our real problems, lack of understanding, ignorance, education, poverty, bigotry, insecurity, distribution of wealth ,greed.
We are taught to be aggressive to one another from the first toy gun under the Christmas tree we are primeval.
Our politics and insecurity have not changed since we migrated from Ethiopia. Today is no different to yesteryear! the only difference WiFi. Brexit is a symptom of our inability to develop relationships that work for all parties our insecurity dictates that we fight with our neighbour..

Australia comprises a land mass of around 7.629 million square kilometers. It is about 50% greater than the European Union. When I did my first trip overseas in the early 1970s the population was around 10 million today it is 24 million people. The latest visit to my homeland started to give me an insight into the deficiencies in the infrastructure of this vast and exciting country. I mentioned in a previous blog the difficulties in travelling to the major inland city of Dubbo from the National Capital. There is only one bus a week Saturday and this travels through many outback small towns. Australians whom I spoke to and as an Australian I do understand the lingo generally felt that there are not enough people to justify building the infrastructure. This is rather like saying that Woolworths and Coles with their 18.3 million customers and total control of the $85 billion grocery market should not have built stores until the 18.3 million people where queuing up in front of the vacant plot picked out for the first store.

Now I know that much of this network is built via EU (European Union for those Australians who don’t know where the EU is) loans. This money is however much better spent on infrastructure than going into some greasy politician’s pocket. The last 6 months have seen Spain coming out of recession with a growth rate as good as Germany’s. The infrastructure in Spain will pay off the country now has the second best High Speed Rail network in the world after China, where is Britain and Australia. The road system of Spain is now mostly silk like highways. Goods and tourists can move faster companies like this type of investment. Ford motor company is putting 2.8 Billion Euros into manufacturing in Valencia what a confirmation of trust; one of the biggest car manufacturing investments ever. What of Australia’s car manufacturing it has stopped, even the

iconic Holden has left the shores. Australia loosely welcomes 5 million tourists per year. I will add that at least half of these tourists are probably Chinese families coming in and out to visit relatives. Spain has 70 million tourists, France 85 million and Britain 35 million. Now most Australians while over the Barbie will tell you that it is due to the distance, from where the antarctic, Asia including China and Japan are in striking distance as is much of the East Coast of the USA. Tourists can lift an economy the Greeks may have to survive off the tourist industry. Greece attracts 22.5 million tourists per year with a population of 11 million; tourism contributes over $30 billion US per year to the economy. Now it is the birth place of democracy whatever that is, however Australia has a people who can be traced back 50,000 years and are living on one of the oldest continents on earth. The differential between what other countries achieve in attracting tourists and what Australia with its stunning and much unspoilt countryside, outback and beaches achieves should make the tourist board ashamed.  Thailand gets 22 million plus Tourists annually.

Australia is generally believed to be a dry land once away from the coast.  However the Great Artesian Basin is the largest and deepest artesian basin in the world covering 1.7 million square kilometers  some 23% of the continent this is a massive sweet water cache, It is also an under used resource with many of the great Australian Rivers being pumped dry.

There was a period when steamers came up the Darling river today you would be lucky to paddle a canoe up this great river. Industry and to some degree intensive cotton farming and its hunger for water have had a great effect on the water level of both the Darling and Murray rivers.

The Murray still has some depth to it but the Darling has little left. Cubbie Station located near Dirranbandi South West Queensland  the largest irrigation system in the Southern Hemisphere covering some 240,000 acres has dammed of more water than the total volume of Sydney Harbour from the Darling river system.. All of this intensive agriculture is damaging the environment and having an effect on the  native commodities wheat and the wool industry. The problem seems to be that successive governments have been more concerned with their political power and personal financial gains rather than investing management skills into protecting this exciting continent and  growing the real wealth of the country. It is hoped that the Aboriginals who control the rights to most river banks will step in and help fight this destruction of the environment.

The only state at the moment that has a sound financial base is New South Wales but I wonder how long that will last, possibly NSW should go for independence the Scots would support them. With sound management Australia has the mineral / commodity wealth to be one of the leading countries in the world.  Australia is the 11th wealthiest country in the world, Spain is the 12th. Generally speaking the country left to the Australians would go bust. It’s lucky that the Chinese have come however the joint deals need to be managed so that the Australians also benefit. There is the population for both a manufacturing base and commodity base. The Australian Dollar is at the mercy of commodity and especially mining prices – good business spreads the risk.

That self confessed capitalist Nick Hanauer wrote a most interesting piece ‘the Pitchforks are coming for us’. I also believe in the free market system however there are some worrying trends  gaining momentum. The pressure to keep wages down, the continuation of cost cutting at the expense of  workers and the middle classes. Mix these elements  with the greed levels of a considerable number of the management elite and the massive year on year increase in  living costs, political games over fuel  and profit pressures along with low salary increases and you have a formula for disaster. It would seem that the political and management classes are moving towards a major own goal for society in general.There is no balance to the direction currently being taken by business and political leaders apart from maximizing profit for a select few.

We are moving towards a working class and middle class society that will not be able to afford proper living conditions. The gap between the working class, middle class and wealthy is widening at an alarming greed fueled rate. As a society we are fast reaching a stage where the classes below the extremely wealthy will not be able to sustain paying rising fuel, utilities and food bills. Without the less wealthy classes it will also be impossible for the wealthy classes to maintain themselves. Once you have a breakdown within the producing classes there is no production from which the wealthy  can profit. You can add to this in an aging world population, poor pension performance and annuity rates all adding to a majority deprived of a reasonable lifestyle.

Once the greater population can’t sustain itself there will come more and more civil unrest and there will be only one of two outcomes total economic breakdown or a war – history repeats. I am not saying this is the current conclusion what I am saying is it is becoming  imperative that our leaders get a strong grip on living costs and living income while curbing the greed levels of management. Nick Hanauer is correct push the producing classes to Banking Practices,a level that they can’t survive at and you leave the wealthy classes with no buyers and no profit.